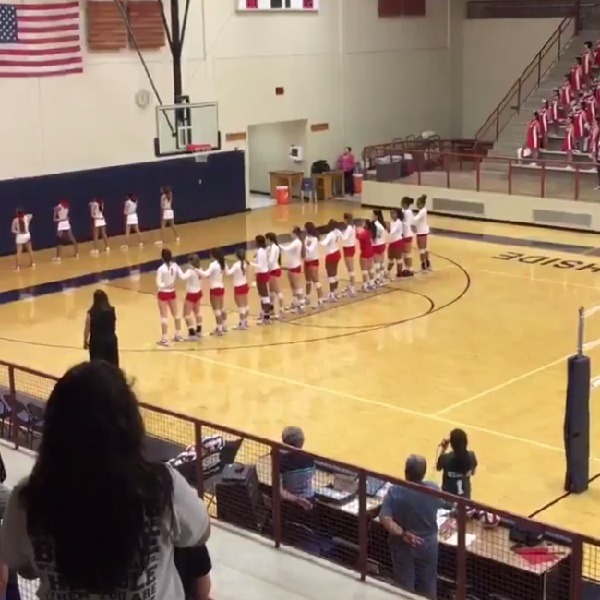 Well the Anthem wouldn't work, so we sent our volleyball/choir kid out there on a whim. Wow!!!! Marina Garcia #hfnd#HolmesVB holmesvb pic.twitter.com/FCQdtid2ME