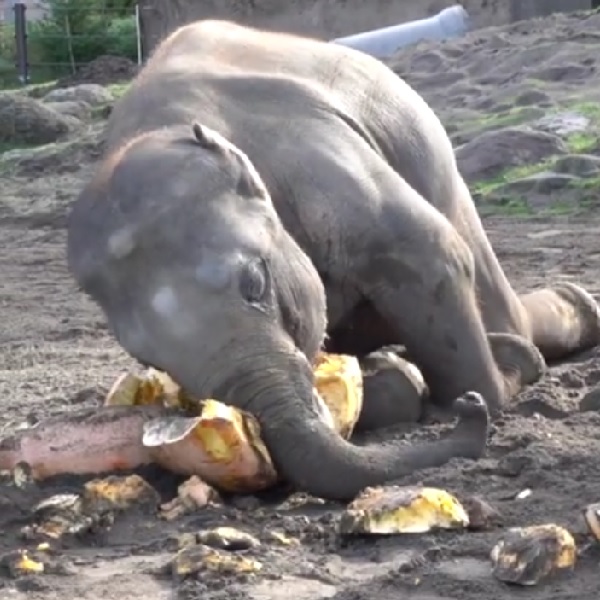 This morning, Lily and the elephant family pulverized two gigantic pumpkins at Squishing of the Squash! Thanks go out...